"We’ve found [Girl Talk's] peer-to-peer mentorship model to be unique among nonprofit organizations serving girls, and a proven model to build confidence, develop leadership skills and learn the value of service to others. Beyond an annual monetary contribution, our corporate leadership team is committed to advancing the Girl Talk mission, through collaboration, resource sharing and professional expertise. We are most proud of our independent sales consultants who have driven unprecedented Chapter growth in their local communities across the U.S. and Canada." 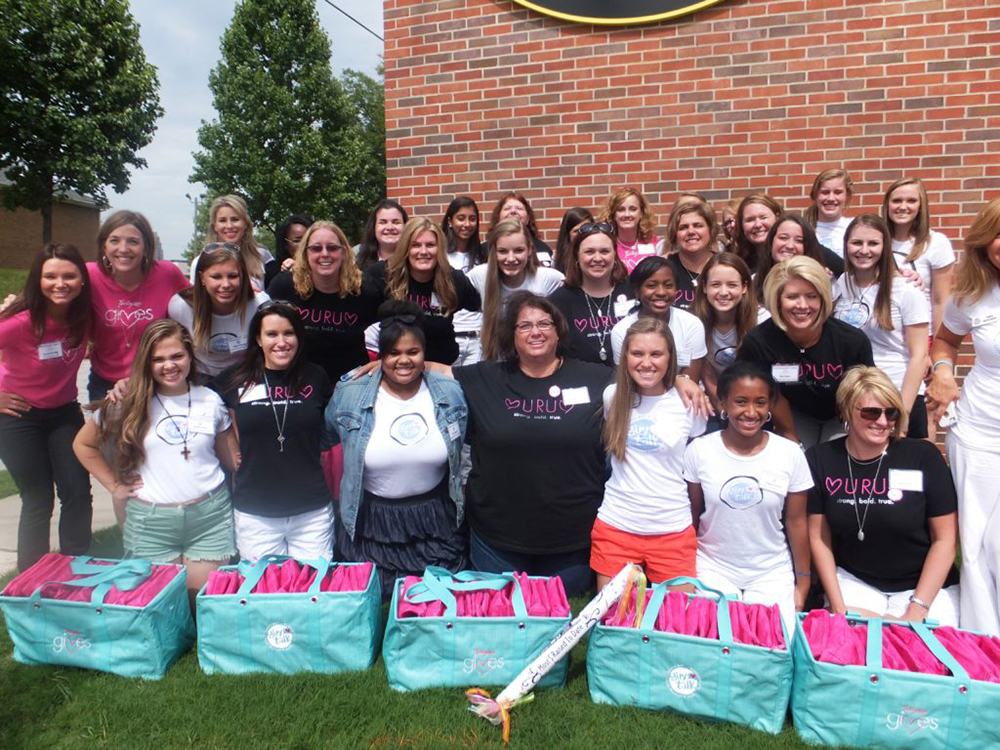 AT THIRTY-ONE, GIVING IS PART OF WHO WE ARE.

That's why we created Thirty-One Gives, a charitable program that empowers girls, women, and families by helping them build the confidence and self-esteem needed to live a purposeful, thriving life.

Thirty-One Gives is proudly celebrating seven years of a fully integrated partnership that has empowered girls throughout the U.S. and Canada to cultivate confidence and leadership through peer-to-peer mentoring networks. To date, nearly 40% of all Girl Talk Chapters have been inspired by Thirty-One.

Together we have reached more than 70,000 girls with a leadership curriculum designed for high school girls to mentor middle school girls. Each new Girl Talk Chapter receives a Thirty-One Welcome Kit full of inspirational products to jump right into Chapter meetings. We are also thrilled that Girl Talk supporters are now able to order the Girl Talk logo on any product that can be personalized in our Thirty-One catalog!

Thirty-One Gifts is proud to be partnered with Girl Talk through its Thirty-One Gives charitable mission to raise a generation of strong, compassionate leaders who will grow to be strong confident women serving their communities. 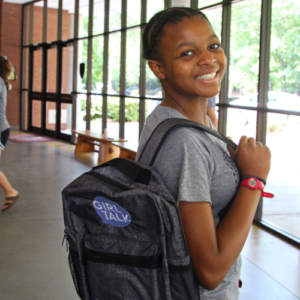 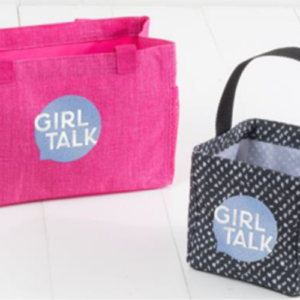 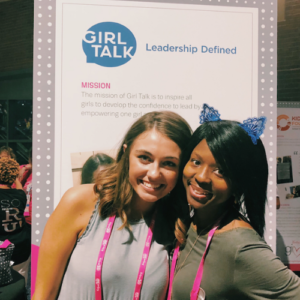 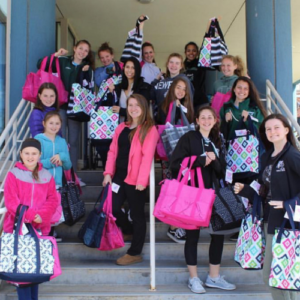 "I appreciate [this opportunity] to take charge [of this partnership]...because I'm going to continue - not just once, not just twice - to be a partner and to be a volunteer and...to do all I can to make sure that Girl Talk is making an impact, empowering young ladies to be strong, confident, servant leaders. I will make it my business...so they can continue on their awesome mission and vision." 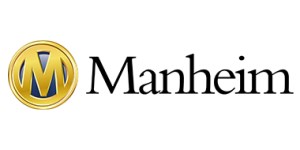 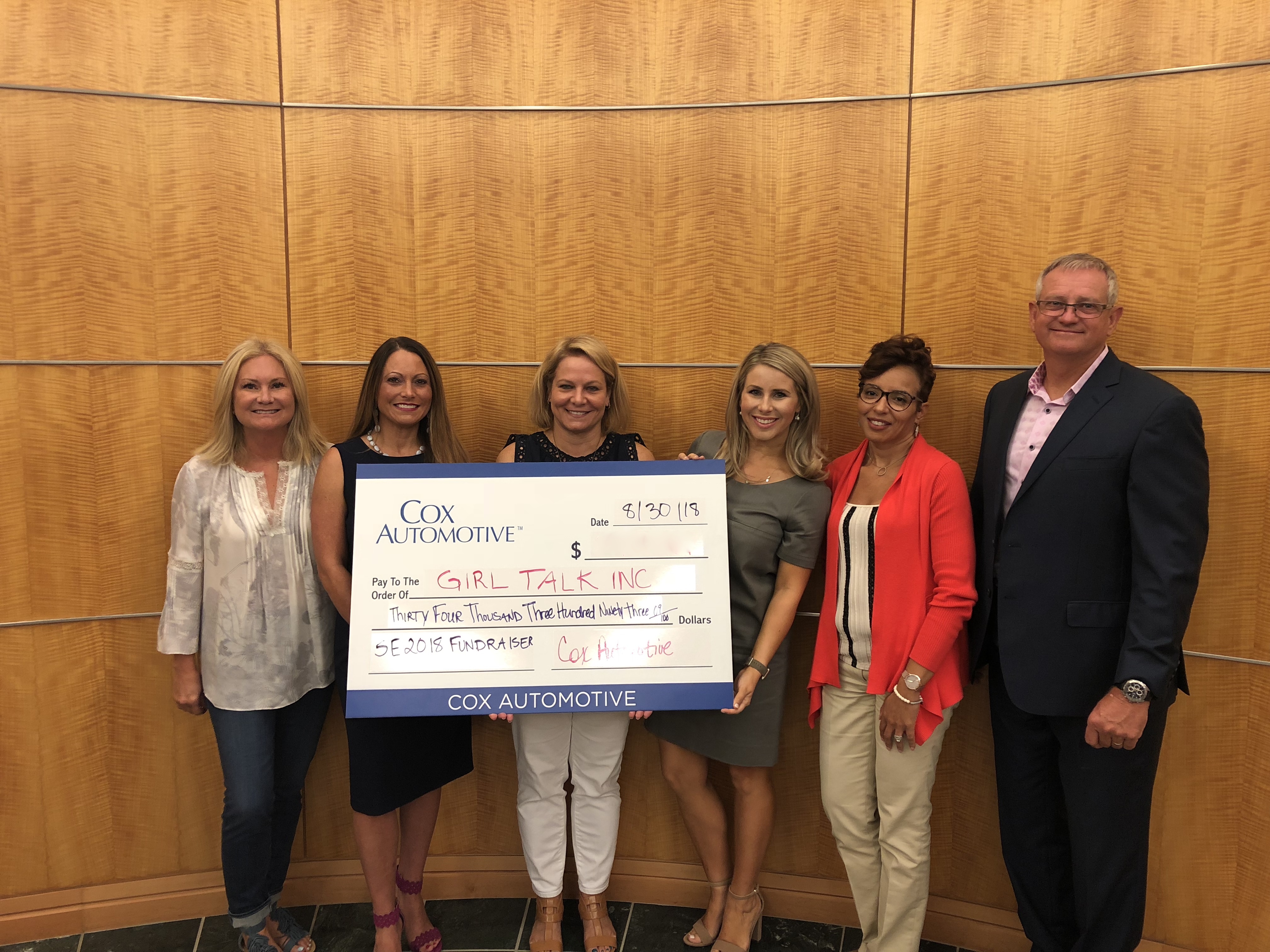 Since partnering with Girl Talk in the summer of 2017, Manheim, a branch of Cox Automotive, has made an incredible impact on the Girl Talk community, and its team became involved, personally and professionally, on almost every level - from the Board of Directors to Girl Talk Camp.

The Manheim team in the Southeastern United States jumped in immediately and began raising funds and awareness in a number of new and creative ways, encouraging its employees to get involved with company bake sales, raffles, and pie-in-the-face fundraisers and competing with other regions to raise the most money for Girl Talk!

What's more, the women of Cox Automotive have been amazing supporters, volunteers, and role models for our young leaders.

In February 2018, the Girl Talk Teen Advisory Board had the opportunity to hear from a panel of women leaders at Cox Automotive, who gave them wonderful advice and life lessons about school, work, perfectionism, and passion.

And, in preparation for Girl Talk Camp 2018, Manheim's employee resource group Women With Drive held an incredible supply drive with the participation of Manheim women from all over the country.

One of Girl Talk's main advocates at Manheim, Madelene Lopes, even sent her nieces to camp! Here's what she had to say...

Thanks to the leadership of Roger Teate, Madelene Lopes, and Amy Carerra, the summer of 2018 brought with it another successful Manheim fundraiser, and there is more to come from this exciting partnership. We have been amazed by how quickly the Manheim team has made an impact on our organization, and we are grateful for the opportunity to work together to empower even more girls throughout 2018 and beyond! 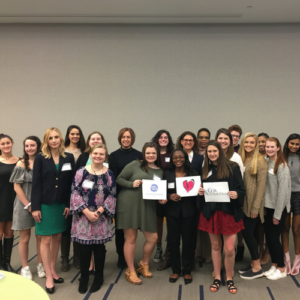 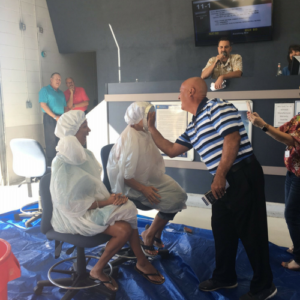 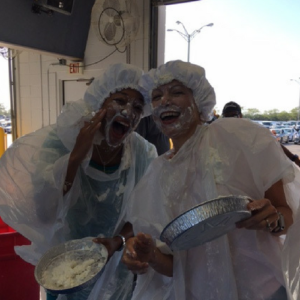 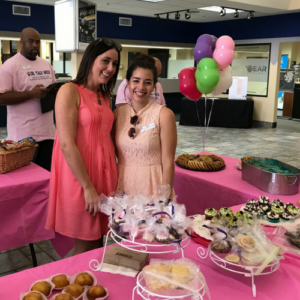 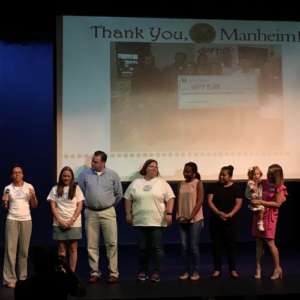 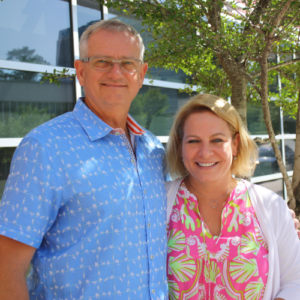 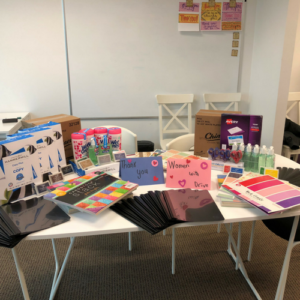 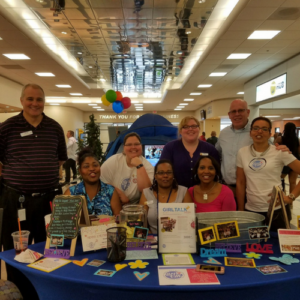 "Like so many others, I looked to Ron for direction and inspiration. I will always appreciate the impact he had on Girl Talk and the thousands of girls we serve, thanks to his belief in our mission and his unwavering support.” 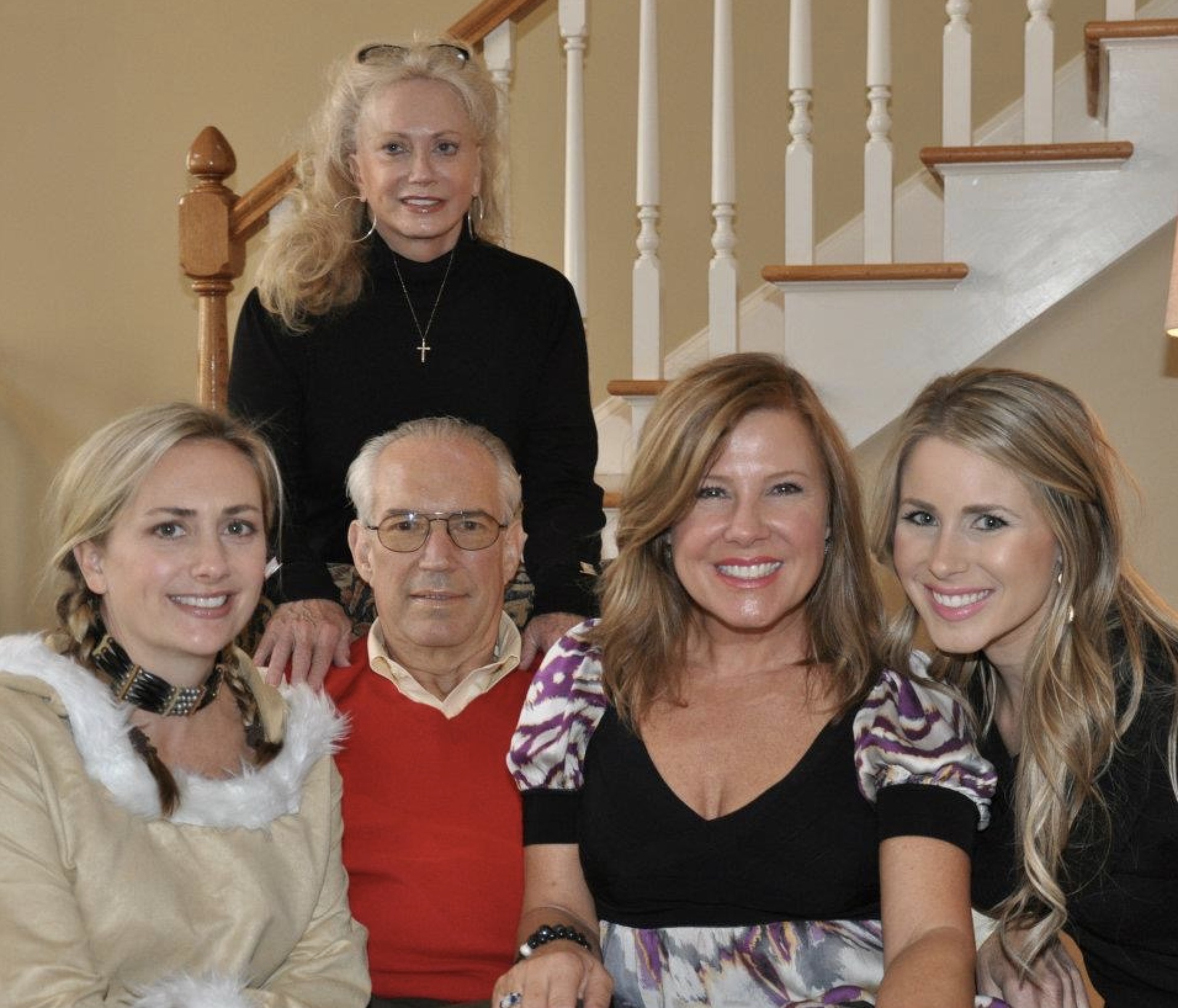 THE BELL FAMILY FOUNDATION OF HOPE

Ron Bell was the very first patron of Girl Talk. A strong believer in the mission, vision, and potential of Girl Talk, he invested in the future of this organization and provided unwavering support throughout his life. His legacy lives on through his family and The Bell Family Foundation, which has been a generous supporter of Girl Talk for many years, from providing financial support and scholarship funds to helping build the Girl Talk curriculum.

The Foundation has often provided matching funds for Giving Tuesday, encouraging others to give through the promise of doubling their gifts’ impact, and supported Girl Talk through both the most wonderful and most challenging times in our history.

The Bell Family also generously sponsors the Ron Bell Inspirational Leader of the Year award as a tribute to Ron’s positive influence on countless Girl Talk participants. This award is presented each year to a Girl Talk Ambassador who has inspired others through her leadership, mentorship, confidence, and community service.

In addition to the Foundation’s financial support, Ron’s daughter, Dr. Kelli Ritter, served on the Girl Talk Curriculum Board,  lending her expertise in counseling and wellness to the creation of new and enhanced lessons and resources to help Girl Talk Chapters cover topics such as mental health, body image, social media, and more.

We are grateful for the Bell Family’s continued support and generosity and look forward to celebrating and honoring Ron Bell’s legacy together for many years to come!

"My biggest hope is that my daughters, along with girls and women all over the world, will discover their talents and passions so they can enjoy life doing what they love. When that magic happens, you can live happy, enjoy the little things and make the world a better place…living your 'Natural Life.'" 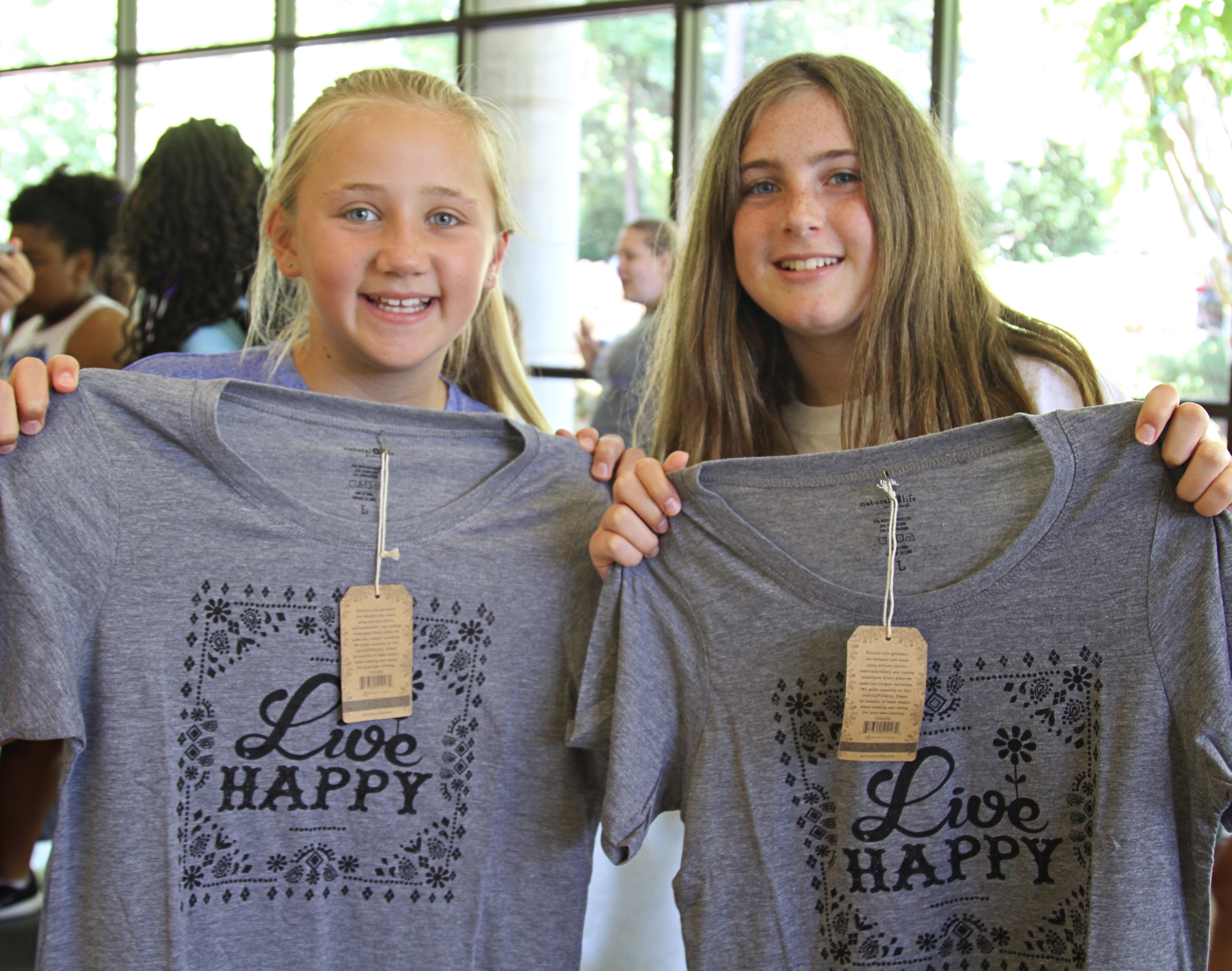 "We’re on a mission to make the world a better place by inspiring people to Give and Live Happy!...We GiveBack by partnering with amazing organizations that are making a huge impact on the world!" - the Natural Life philosophy

Since partnering with Girl Talk in 2013, Natural Life has made an incredible impact on the Girl Talk community, and not just because they started their own Live Happy Girl Talk Chapter in Jacksonville, Florida!

From Happy Boxes filled with inspiring product to college scholarships that support our graduating high school Leaders and beyond, the Natural Life team has helped Girl Talk shape a strong network of girls and women with the passion and power to make the world a better place.

Girl Talk is proud to partner with such an uplifting, woman-led organization that shares positivity with every Happy Box it sends. Each year, the Natural Life products fill Girl Talk Camp swag bags, Chapter inspiration boxes, giveaways, and more, and they are always a big hit!

The Natural Life Give, Love, Laugh Scholarship was created to encourage high school Girl Talk Leaders to plan and complete a community service project, encouraging them to live a passionate and fulfilling life and understand the impact that one person can make. This scholarship awards one applicant a $2,500 cash scholarship to aid with her college career, and five runners-up receive $200 worth of unique Natural Life treasures for their college dorm.

Now celebrating five years of partnership, Girl Talk is grateful for the dedication to leadership and service that Natural Life embodies and inspires, and is looking forward to the next five years of making the world a better place together! 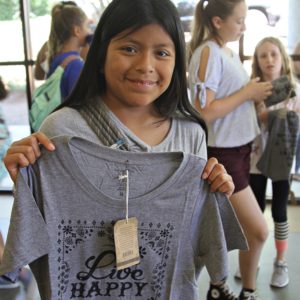 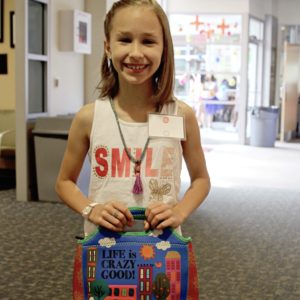 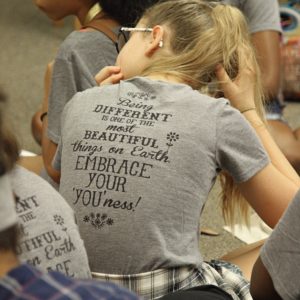 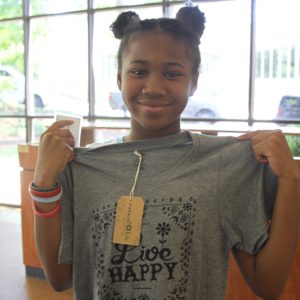 "As a woman-owned diversity business, it seems only natural that we would support and nurture the growth and advancement of women in our community." 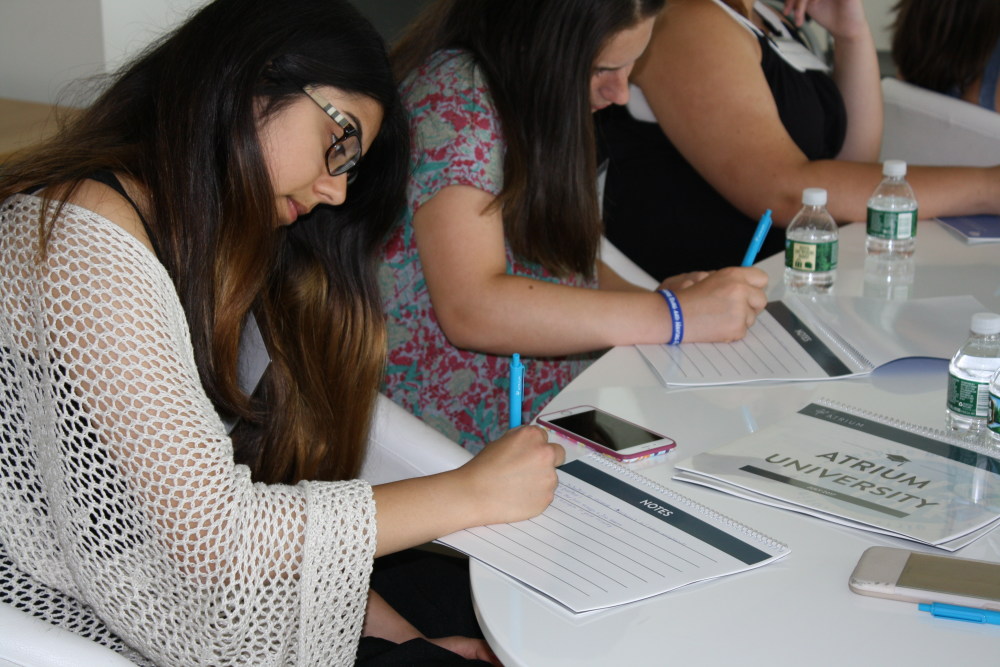 "We believe that as a business, we must make a commitment, both short and long-term to our environment, our people and our communities." - the Atrium Staffing philosophy

Since announcing our partnership in the summer of 2017, Atrium Staffing has supported Girl Talk, Inc.  by utilizing it's unique resources and client network to increase Girl Talk's brand awareness and connect our participants to professional development resources as they enter college and the workforce.

The Atrium team has also volunteered its professional expertise in identifying and researching the virtual tools and platforms necessary for Girl Talk to better connect our participants through improved technology.

Onsite, Atrium hosted Girl Talk Chapter Leaders from the New York/New Jersey area for a professional development workshop, Atrium University, and produced the above video to commemorate the event and partnership.

Additionally, through Atrium's Client of the Month program, Atrium sponsors one Girl Talk camper in each client's name so that girls in financial need have the opportunity to attend Girl Talk Camp. Since July 2017, Atrium has sponsored more than a dozen campers for Girl Talk Camp 2018. 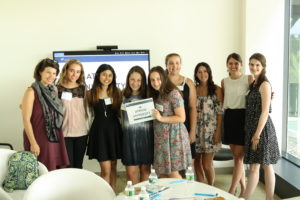 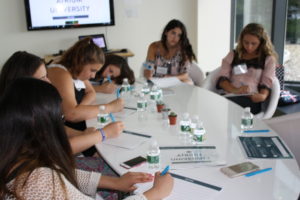 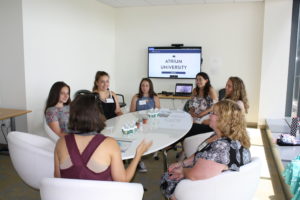 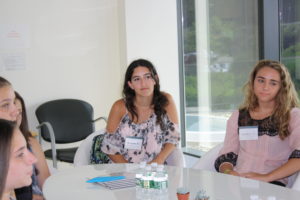